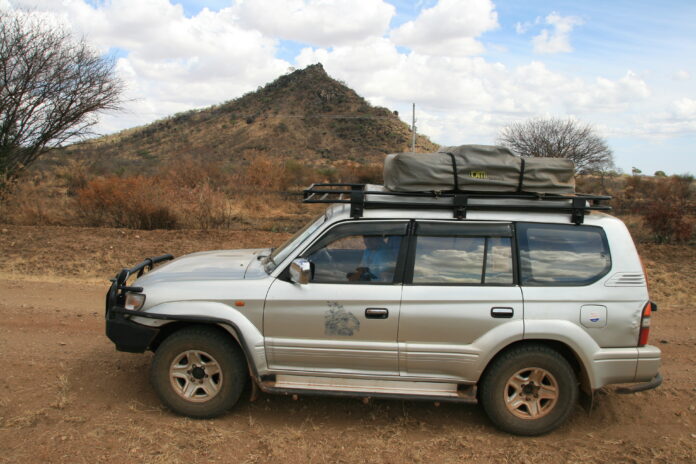 Tanzania, The Land of Kilimanjaro and Zanzibar, it is a land of superlatives and contrasts, something for everyone: from the majestic Mount Kilimanjaro to the fabled Islands of Zanzibar, The largest and most diverse wildlife concentrations on Earth including the matchless Serengeti plains, Ngorongoro Crater, Katavi and the mighty Selous Game Reserve. The Legacy of the ancient Swahili civilizations, such as Kilwa Ruins once a city if the Arabian Nights.

Wonderful places for swimming, snorkeling, scuba diving, fishing off thousands of kilometres of Indian Ocean coastline and around the Africa’s Great Lakes, and then there is Tanzania’s greatest asset: its friendly people and cuisines. The country is among the world’s leaders in Cultural tourism. This is indeed is Authentic Africa.

Let us take you to Tanzania’s fantastic wildlife, Africa’s highest mountain, archaeological sites, on cultural visits, hot air ballooning and on the other adventures that you will remember for a lifetime. We offer customized tailor-made Luxury Tanzania safaris for honeymooner’s incentives, individuals and groups. All accommodation in lodges, resort and permanent luxury camps.

21 days to tailored safaris to Northern and southern Tanzania

Serengeti National Park is undoubtedly the most famous of the country’s national parks, the annual wildebeest migration attracting thousands of visitors each year. For sheer African magic, the Ngorongoro Crater often called the 8th Natural Wonder of the world, a must see. Deep within the ancient caldera, herds of gazelle roam beside sated lions and endangered black rhino and elusive cheetah are often spotted through the early morning mist.

To search for the at-times elusive wildebeest migration, visit the Serengeti from December to July. To see predators, June to October is the best months. For the best chance of finding the migration, allow minimum of three days, longer if possible.

Arusha National Park, often overlooked, is in fact a treasure, a rich tapestry of habitats, teeming with animals and birds. From the lush swamps of the Ngurdoto Crater to the tranquil beauty of the Momela Lakes and the rocky alpine heights of the Mt Meru, the terrain of the park is as varied as it is interesting. Zebras graze on the park’s red grasslands, and leopards lurk next to waterfalls in the shadowy forest. More than 400 species of birds, both migrant and resident, can be found in Arusha National Park alongside rare primates such as the black and white colobus monkey.

The best time to visit Arusha National Park is during the dry season from July to November, or after the short rains from December to March. The best months to climb Mt Meru are June to February, with the best views of Mt Kilimanjaro seen from December to February. The park lies just 25km east of Arusha and is a rewarding day trip from Arusha or Moshi.

Gombe Stream is the smallest of Tanzania’s National parks, a thin strip of ancient forest set amidst mountain and steep valleys on the shores of Lake Tanganyika. Chimpanzees are Gombe Stream’s main attraction; they are the stars of the world’s most famous chimpanzee community, made famous by the pioneering British researcher Jane Goodall, whose years of constant observation since 1960 have brought to light starting new facts about mankind’s closest cousins.

Chimps are as individually unique as humans and no scientific expertise is needed to distinguish the different characters in the cast. The majority of the park mammals are primate, most of them forest species and in addition to the famous chimpanzees, visitor could be lucky enough to see blue or red-tail monkeys. Carnivores are rare in the forest, making Gombe the ideal place for a walking safari, or a swim in one of the streams.

The best time to find chimpanzees at Gombe is during the season from February to June and November to December. The dry months of July to October and December to January are better for photo opportunities.

Katavi National Park in western Tanzania is remote and wild, a destination for the true self drive safari in Tanzania across Lake Victoria. The name of the immortalises a legendary hunter, Katavi, whose spirit is believed to possess a tamarind tree ringed with offerings from locals begging his blessings.

Despite being Tanzania’s third largest park, Katavi sees relatively few visitors, meaning that those guests who arrive here can look forward to having this huge untouched wilderness to themselves. The park’s main features are the watery grass plain to the north, the palm-fringed Lake Chada in the south-east and the Katuma River. Katavi boasts Tanzania’s greatest populations of both crocodile and hippopotamus and therefore with suitable 4×4 car rental Tanzania from 4×4 Car Hire Uganda you will be offered the best 4×4 WD to visit this park.

Lion and leopard find prey among the huge populations of herbivores at Katavi impala, eland, topi, zebra and herds of up to 1,600 buffalo wander the short grass plains. Katavi is best visited in the dry season between May and October, December and February.

The great mountain of Kilimanjaro is a metaphor for the compelling beauty of East Africa. Rising absolute isolation, at 5,895m, Kilimanjaro is one of the highest walk able summits on the planet, a beacon for visitors from around the world. Just three degrees south of the equator, Kilimanjaro’s great peaks of Kibo and Mawenzi are nonetheless covered all year around with snow and ice.

Most reasonably fit and properly guided climbers can experience the triumph of reaching the crater rim with little more than a walking stick, warm clothing and determination. Those who reach Uhuru point, the actual summit, or Gillman’s point on the lip of the crater will have earned their climbing certificates and their memories.

December to February is the warmest and clearest months to visit with July to September being colder but also dry. It is wet in the rain forest from April to June and during November.

Tucked below the majestic of the Rift Valley wall, Lake Manyara National Park consists of a thin green band of forest flanked by the sheer 600m high red and brown cliffs of the escarpment on one side and by the white-hot shores of an ancient soda lake on the other. The park also supports a wealth of wildlife, nourished by streams flowing out of the escarpment base and waterfalls spilling over the cliffs.

Acacia woodland shelters the park’s famous trees climbing lions, lying languidly among the branches in the heat of the day. Deep in the south of the park, hot spring bubble to the surface as hippo wallow near the lake’s sedge-lined borders.

Manyara is the perfect location for an active safari- canoeing on the lake or mountain biking and abseiling outside the park’s borders. The dry season (July to October) is best for large mammals, while the wet season (November to June) is best for bird watching, waterfalls and canoeing.

Ruaha is a park where game viewing can begin the moment the plane touches down. A pair of giraffe may race beside the airstrip, with a line of zebra parading across the runway in their wake as nearby protective elephant mothers guard their young under the shade of a baobab tree. Wildlife in Ruaha is concentrated along the great Ruaha River that is the park’s lifeblood.

The river is flooded torrent after the rains, dwindling to a few precious pools of water surrounded by a sweep of sand in the dry season. Water buck, impala and the world’s most southerly Grant’s gazelle risk their lives for a sip of water-the shores of Ruaha are permanent hunting ground for lion, leopard, jackel, hyena and rare and endangered African wild dog.

Unique Safari & Game Parks to Visit in Tanzania in 2022